Most people assume that water is just water. They know it is essential in order to survive, but they aren’t really aware of its nutritional value.

But why is it essential to drink water? Water keeps our body at a constant temperature, it helps eliminate waste, it facilitates digestion and, above all, it is necessary for the transportation of nutrients (proteins, lipids, carbohydrates, vitamins, minerals) that are essential for the proper functioning of cells.

In this blog post, we’ve put together some information that will teach you about the nutritional value of mineral water. By the end of it, you will have learned: 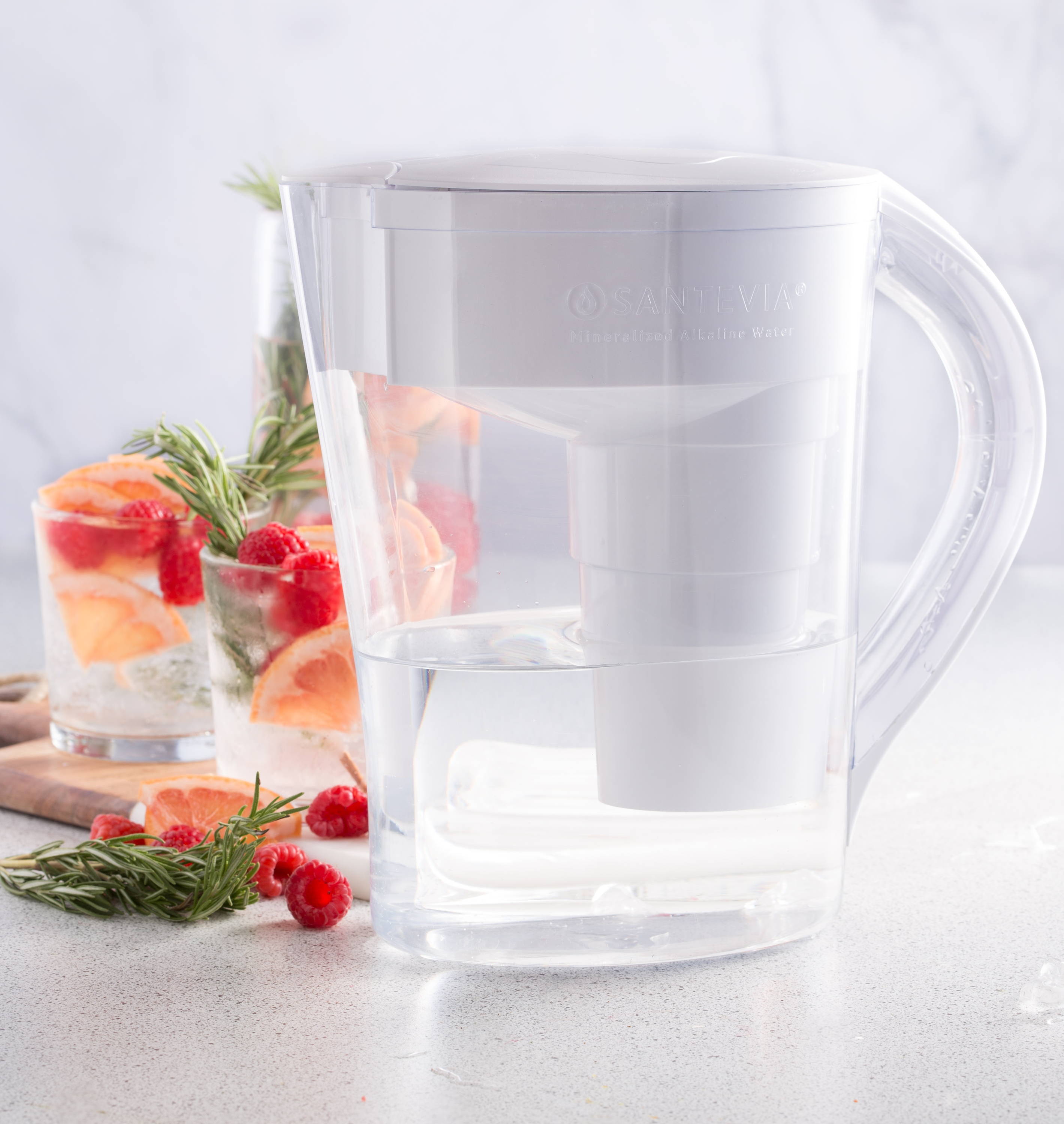 What Nutrients Are In Mineral Water

Mineral water is exactly what the name suggests: water with minerals. Is mineral water good for you? Yes. Minerals in water naturally raise the pH and alkalinity of water.

Minerals are essential for a healthy, strong, balanced body. However, many foods and drinks in the Standard American Diet are acidic, which can cause our body to become unbalanced. When we eat and drink acidic foods like pop, processed food and dairy, our body must work harder to neutralize excess acidity and maintain its optimal pH balance.

Moreover, an acidic diet can lead to mineral deficiency. When our body does not receive the minerals it needs on a daily basis to maintain its pH balance, it tries to compensate by using the mineral reserves that are stored in our bones, organs, and tissues — leaving us depleted and more susceptible to illness. 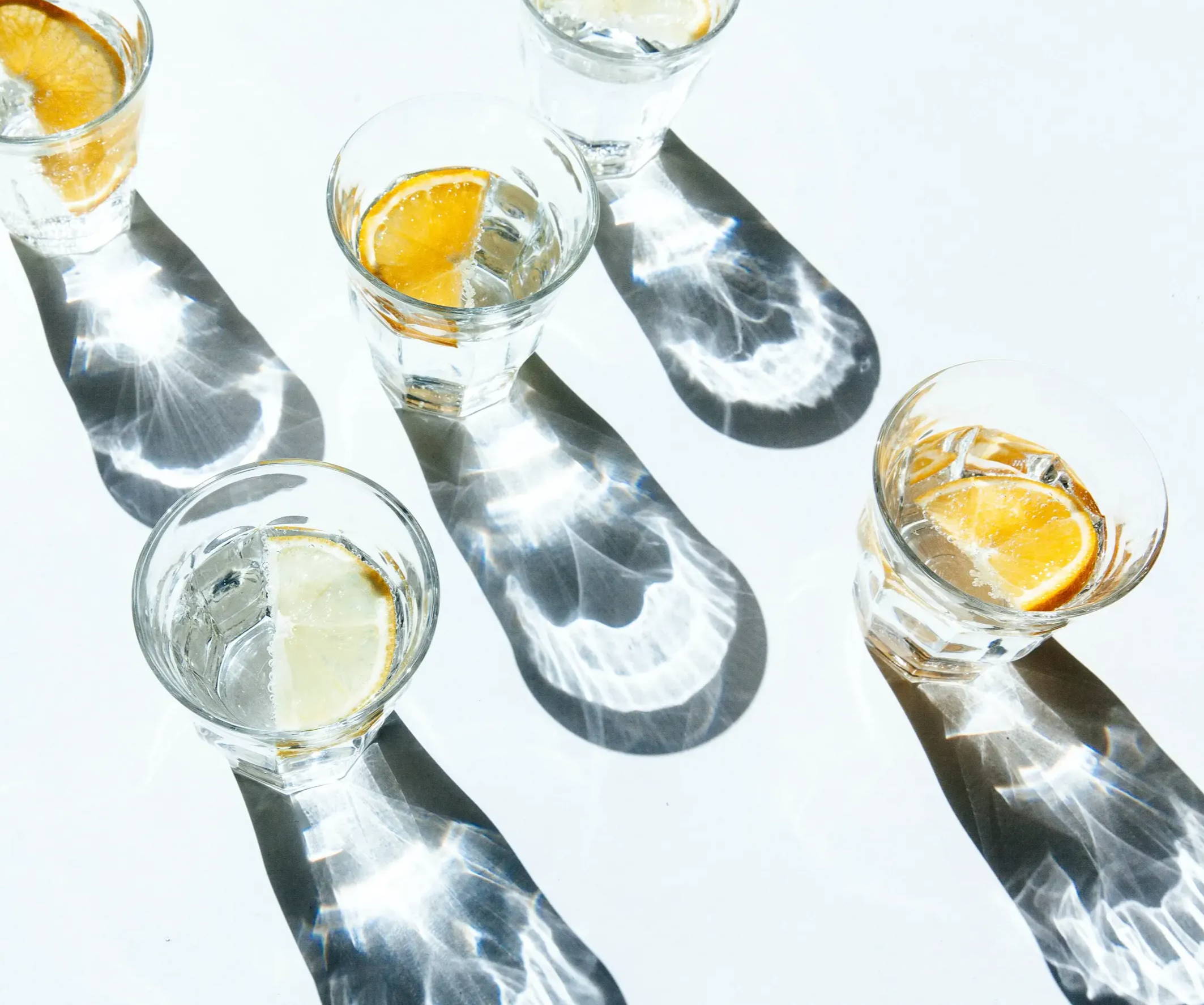 Although food contains minerals such as calcium and magnesium, the acidic diets many people are used to often are not nutritious enough to provide us with an adequate amount of minerals.

As a consequence, mineral water with magnesium and calcium is an essential element that can support our daily mineral intake.

The essential nutrients in drinking water are calcium, magnesium, sodium and potassium. Each of these minerals raises the pH and alkalinity of drinking water, making it more healthy and alkaline.

Calcium is an essential mineral that our body needs at every stage of life. It is particularly important in children and adolescents, pregnant/breastfeeding women, and elderly people with weakened bones. Moreover, calcium-enriched water helps prevent osteoporosis.

While the main dietary sources of calcium are legumes, some green vegetables and fruits, water can be an excellent source of calcium. Water is labeled as “rich in calcium” when it contains more than 150 mg of calcium per litre. 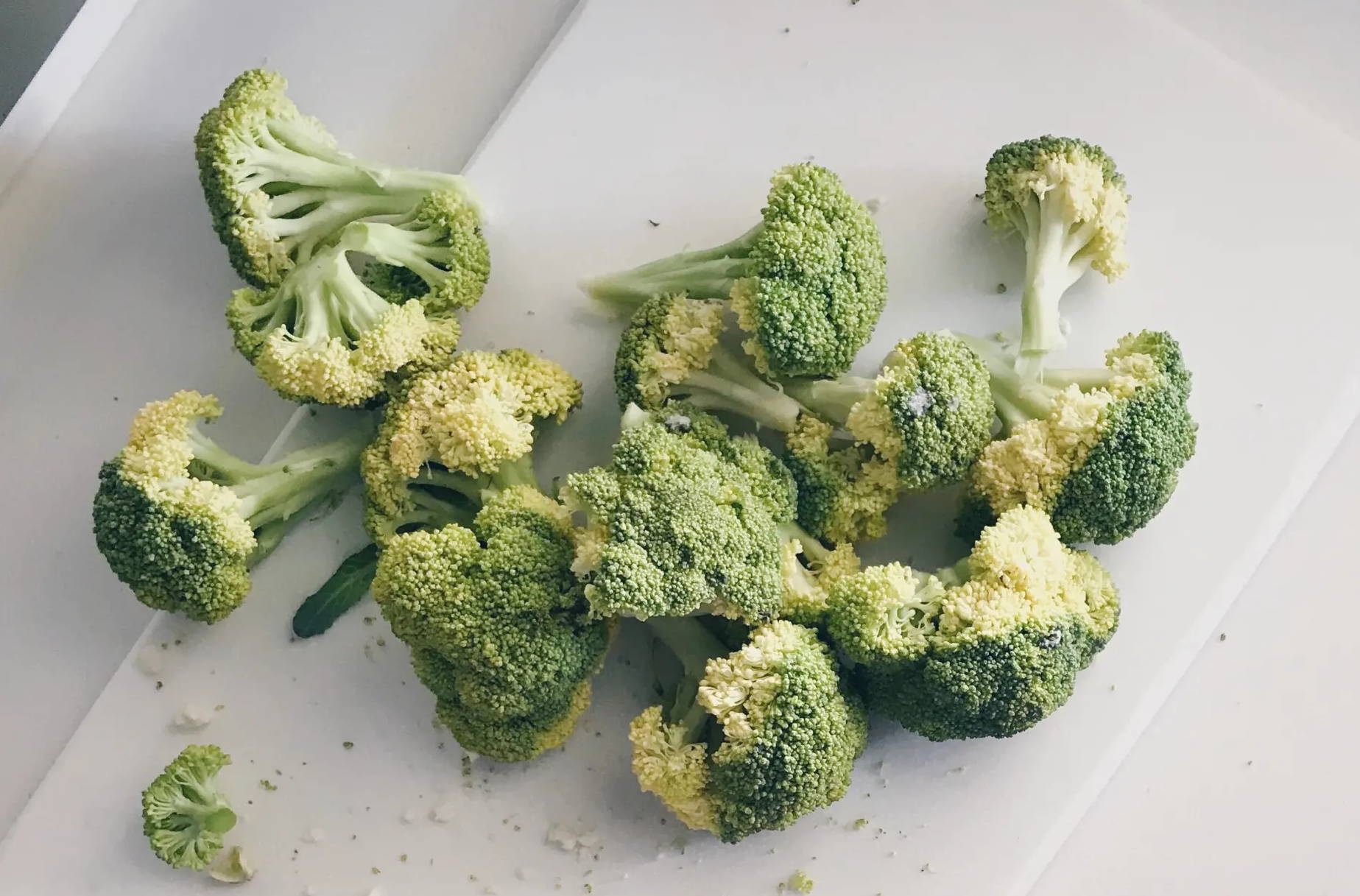 Calcium is the most abundant mineral in the body (1.5 – 2.0% of the total body weight); however, since our body does not produce it naturally this mineral needs to be introduced in the body through water and food. The recommended nutritional intake varies according to age and sex.

Calcium is not only crucial for maintaining healthy bones; it is also necessary for our muscles, teeth, nerve transmissions, hormone production, and cardiovascular health. In order to maintain a healthy internal balance, an adult should ingest around 800 mg of calcium per day.

A calcium deficiency can cause:

Magnesium plays an important role in the body's functions. It is one of the most important nutrients in water, is the second most abundant intracellular cation and it supports over 300 biochemical reactions in the body.

This mineral regulates and supports the immune system, promotes nerve and muscle function, and also helps maintain a healthy brain. Magnesium is involved in the function of enzymes of carbohydrate, lipid, protein, and nucleic acid metabolisms. It is essential for the mineralization and development of the skeleton, and also plays a role in cellular permeability and neuromuscular excitability.

Magnesium deficiency can result in:

Potassium is an electrolyte, a mineral that carries an electrical charge when dissolved in body fluids such as blood.

Most of the body's potassium is found inside the cells, and it is required for maintaining a proper functioning of cells, nerves, and muscles.

The body must maintain a healthy level of potassium within the blood. In fact, if the potassium levels are too high (hyperkalemia) or too low (hypokalemia), our body can experience serious consequences such as abnormal heart rhythms or even cardiac arrest.

In general, a diet that is rich in fruit and vegetables is able to provide a sufficient amount of potassium to ensure that daily intakes are reached.

In 2004, health authorities in both Canada and the USA significantly increased the recommended potassium intakes. In fact, being potassium-deficient can have significant repercussions on your health and can:

According to the National Institutes of Health, this is how much potassium your body needs on a daily basis:

Sodium is also an electrolyte and is required to maintain the body’s blood pressure, a correct balance of fluid in the cells, a healthy nerve and muscle function, and to facilitate the absorption of other essential nutrients within the body.

Since sodium is contained in many foods (such as table salt, green olives, pickles, etc.), it is very difficult to experience a sodium deficiency. However, in extreme cases, sodium deficiency can be caused by starvation and/or severe diarrhea or vomiting, or in hot, humid conditions in which a large amount of sodium is lost in sweat.

Some of the symptoms that may be experienced with this deficiency include: 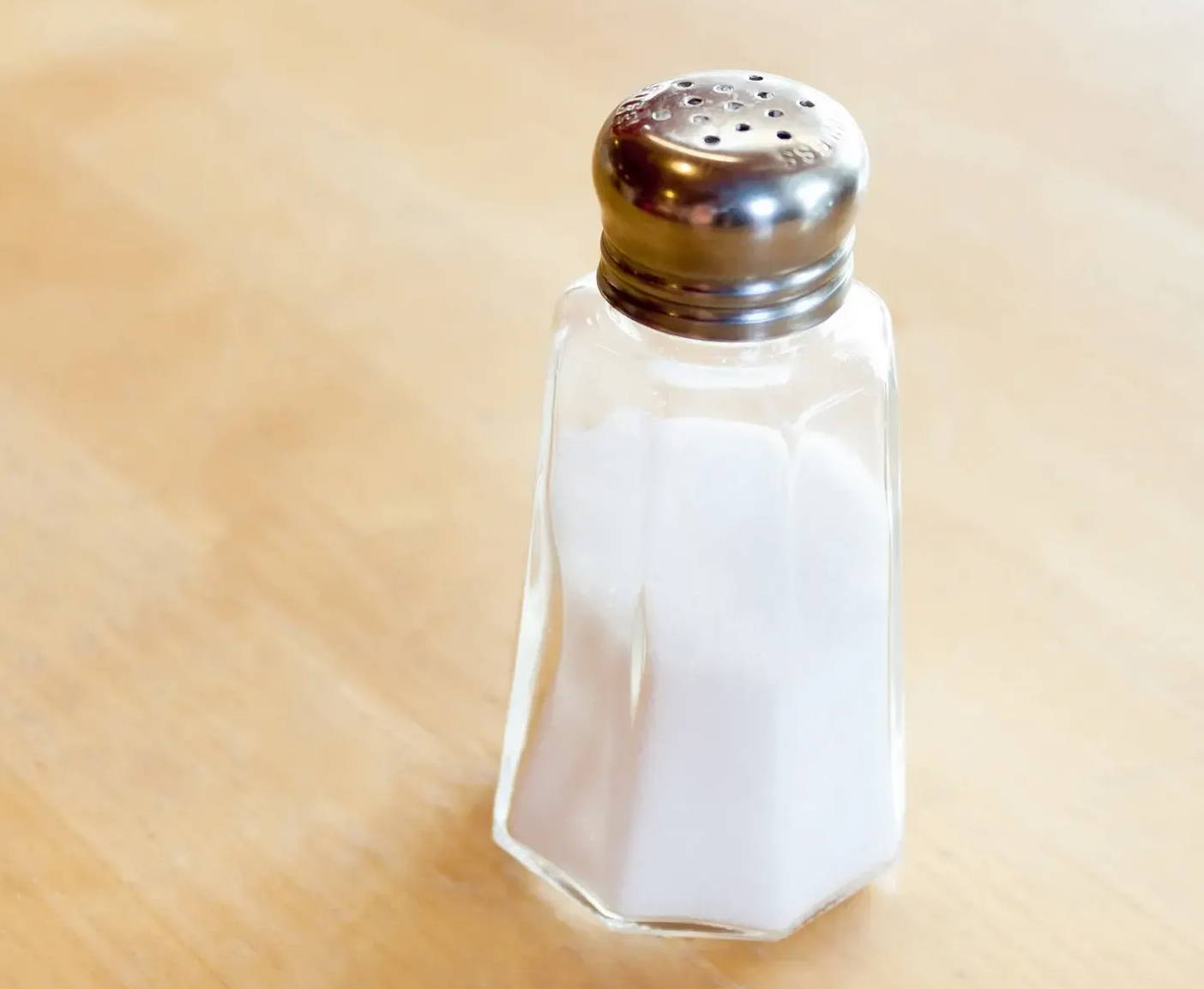 Western diets are mainly composed of processed foods, factory farm products, energy drinks, and a lot of sugar. All these highly-acidic foods have incredibly high concentrations of sodium, and too much sodium in the body can cause an unbalanced pH, fluid retention, and high blood pressure. You can use our alkaline/acid food chart to determine the alkalinity of foods.

Most items in the Standard American Diet (SAD) are acidic and have a pH lower than 7.0. These are the foods you want to avoid as excess acidity from these foods puts our body at higher risk of getting sick. When we consume acidic foods, our body may experience inflammation, allergies, mental/physical stress, fatigue, and other issues in the digestive system, liver, and kidneys.

For this reason, we believe that drinking alkaline mineralized water is essential since alkaline water can help maintain your body’s optimal balance and reintroduce minerals like calcium, magnesium and potassium that our body needs in order to survive and thrive.

Many bottled water brands market their product as a “mineral water bottle” — they sell the idea that you’re drinking water that flows from an idyllic stream in the midst of sumptuous mountains. While this might be a great visual, the plastic waste from these single-use bottles pollutes our oceans and air.

There are many brands and types of bottled water in today’s market. Some brands reveal that the water in their bottles is simply municipal water. Brands are able to do this since the bottled water industry isn’t tightly regulated. Essentially, such brands are bottling tap water (which is available for free), marketing it as a healthy alternative to tap water, and selling it at a high markup. 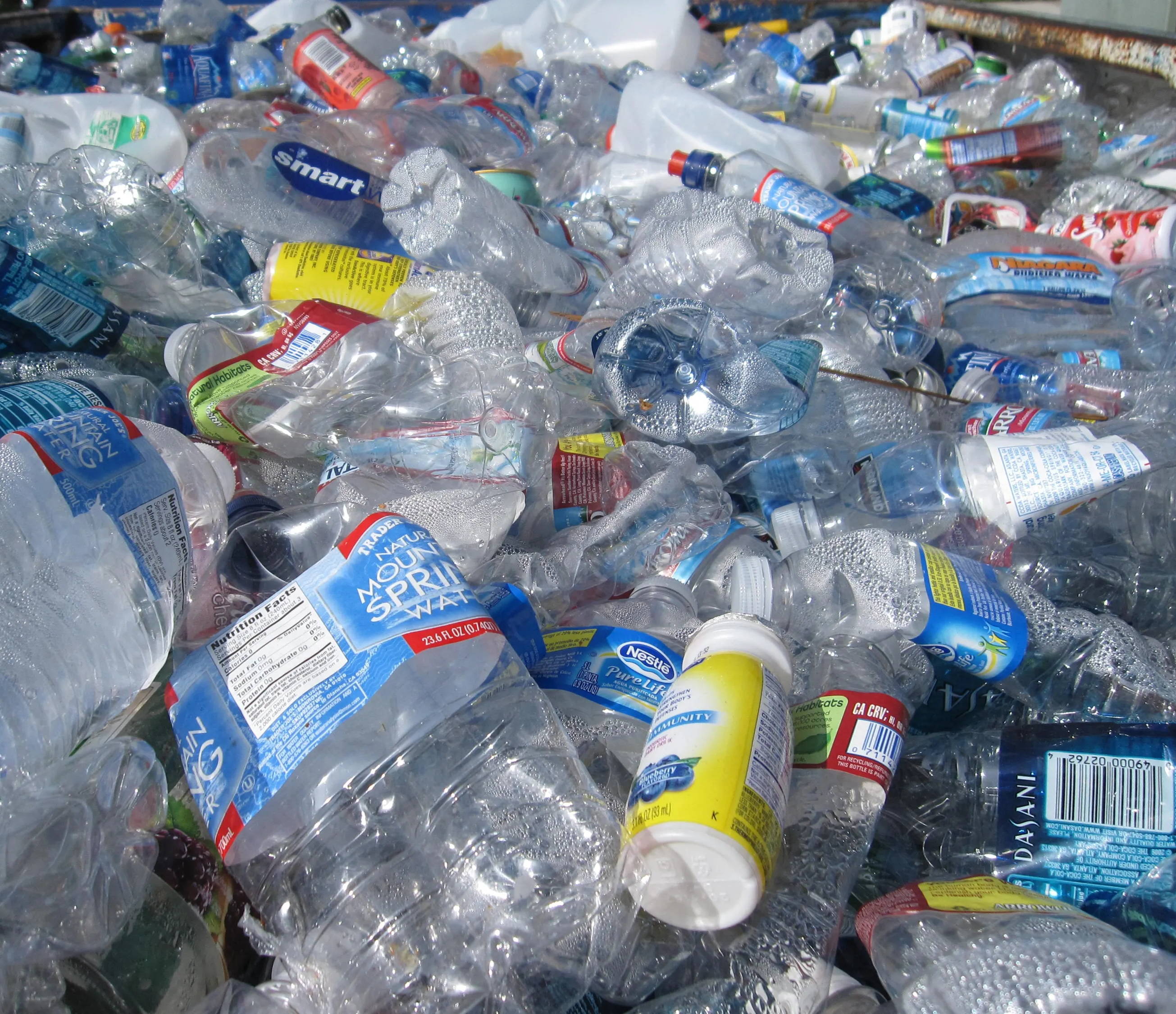 While a “mineral water bottle” might be the healthiest choice of the available bottled water options, it surely is not sustainable for the planet or your wallet. So, when considering an option between bottled water or tap water, there is no clear winner: they can be equally toxic. If anything, bottled water is worse than tap water because:

As the name suggests, carbonated or sparkling water contains carbon dioxide (CO2). Mineral water is carbonated naturally only if it comes from volcanic sources.

During its slow underground journey through the rocks, natural carbonated mineral water (that forms its gas naturally thanks to the earth's volcanic action) collects natural carbon dioxide that dissolves in the water as well as calcium, magnesium, sodium, and potassium.

Although sparkling water is often rich in bicarbonates and is known to facilitate digestion, drinking too much of it can cause bloating. Furthermore, since it contains more sodium than plain water, drinking only sparkling water is not recommended: it is better to alternate with non-carbonated mineral water. 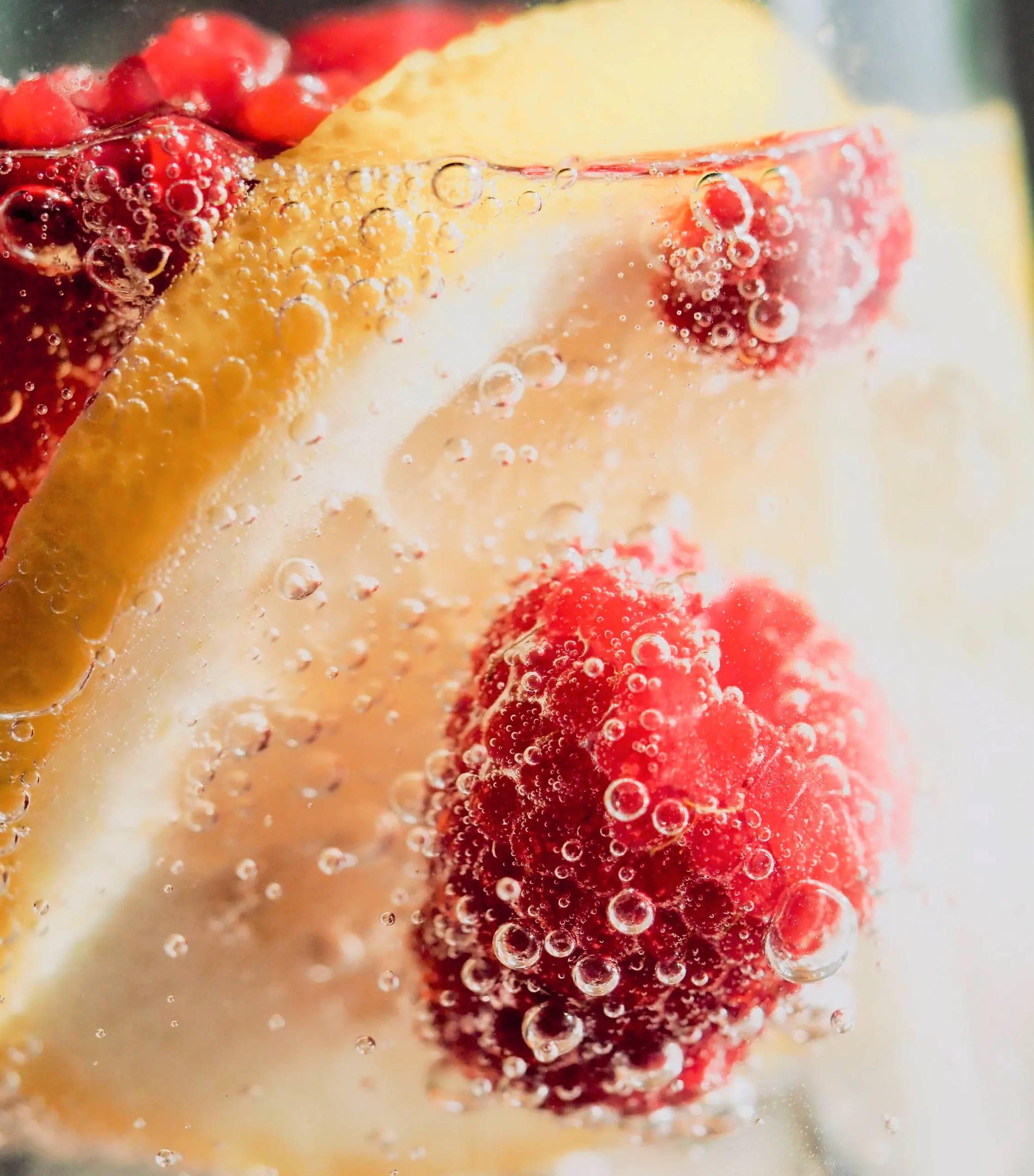 In order to prevent the development of disease and harmful bacteria such as E. Coli and Giardia, tap water contains chlorine — a disinfectant that prevents the development of microorganisms that can lead to life-threatening conditions.

When chlorine was first introduced in tap water, it improved the lives of millions of people and prevented the deaths of thousands of individuals who, each year, were succumbing to waterborne diseases.

Today, chlorine serves the same purpose: it is poured into municipal water supplies to control harmful bacteria. At the same time chlorine interacts with organic matter such as dead leaves, algae, vegetation, and microorganisms, which in turn creates trihalomethanes (THMs).

THMs are a harmful by-product of chlorine which can cause:

According to the Government of Canada, exposure to chlorine and THMs over an extended period of time (35 years) can cause complications during pregnancy, and can increase the risk of miscarriage in women.

However, chlorine in tap water is not the only thing we should avoid. In fact, tap water contains heavy metals, and the decaying pipes and reservoirs that transport water to our homes can leach out toxic metals such as lead and copper.

Prolonged exposure to heavy metals in drinking water can have hazardous effects on our health and, in particular, can affect the brain and the nervous system.

No amount of lead is safe and even in small concentrations it is especially detrimental to children’s health. In fact, lead tends to accumulate in the body and is stored in vital organs (such as kidneys), bones, and the brain.

Lead can also damage fetuses and harm infants since it makes them more vulnerable to:

To summarize, is tap water safe to drink? No. Drinking tap water over an extended period of time can be especially hazardous for your health since it contains:

Using an alkaline mineral water filter is the only solution to significantly reduce the toxicity of your water and add healthy minerals that your body requires to maintain balance. Santevia filtration products reduce up to 99% of chlorine, lead, and fluoride in tap water.

With many “mineral water” bottles and expensive mineral water machines on the market, Santevia is the most sustainable and cost-effective way to obtain healthy, alkaline, mineralized water. 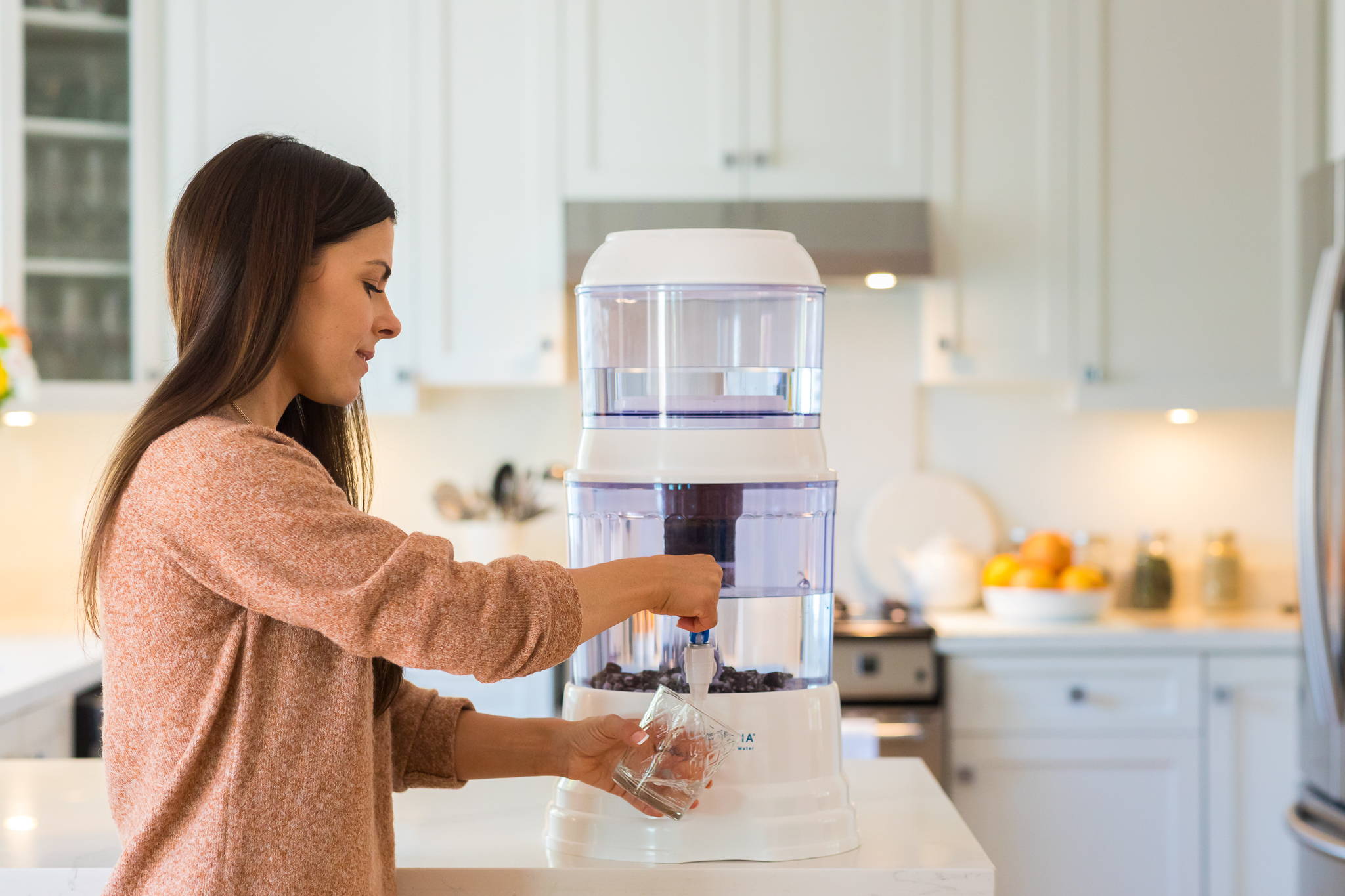